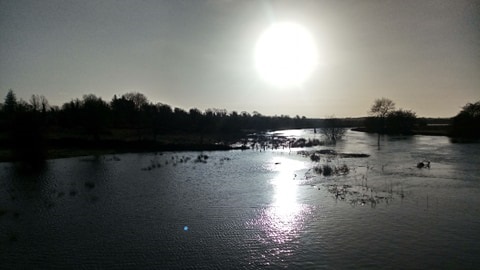 The Winter Solstice coincides with the Shortest Day, Sunday, December 22  and in the northern hemisphere the date marks the 24-hour period with the fewest daylight hours of the year. That is why it is known as the shortest day of the year.

Since the Earth is tilted on its axis, the arc the Sun moves through during the day will rise and fall across the year as the Earth’s pole points either towards or away from the Sun.

The winter solstice occurs at the minimum point for the northern hemisphere, when the Sun is lowest in the sky.

After the shortest day, the days start getting longer and the nights shorter. At the spring and autumnal equinoxes the day and night hours are around the same length, each lasting around 12 hours. The number of daylight hours peaks at summer solstice.

The world ‘solstice’ comes from the Latin solstitium meaning ‘Sun stands still’, because the apparent movement of the Sun’s path north or south stops before changing direction. At the winter solstice, the apparent position of the Sun reaches its most southerly point against the background stars.

As the shorest day approaches our Facebook friend #CharlesCampbell  caught this beatiful sunsrise at Leitrim Marina,.