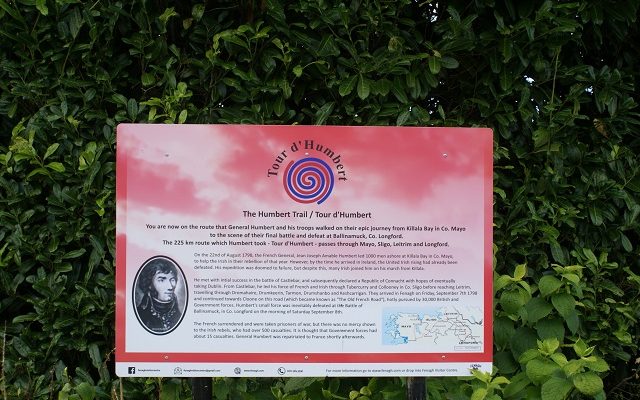 The trail follows the route that general Humbert and his troops walked on their epic journey from Killala Bay in Co. may to the scene of their final battle and defeat in Ballinamuck, Co. Longford.  The 225 kms route, which Humbert tooks skirted past Fenagh, on its way to Ballinamuck.