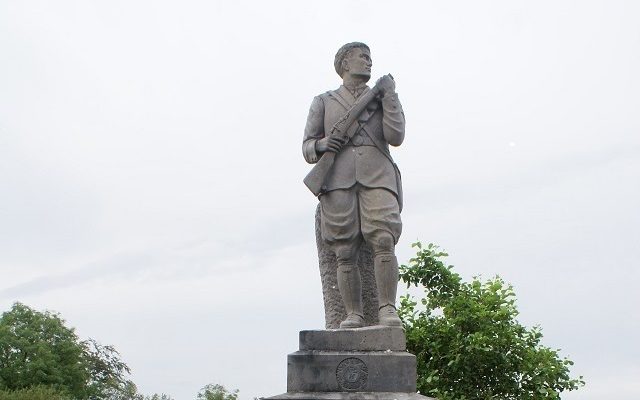 John on 3rd September 2020 No Comments

The Selton Hill Ambush took place on 11 March 1921, during the Irish War of Independence. An Irish Republican Army (IRA) flying column was ambushed by members of the RIC Auxiliary Division at Selton Hill (a.k.a. Seltan Hill), County Leitrim. Six IRA officers of the Leitrim Brigade were killed, writes Martin Branagan.

The events at Selton Hill took place one week after the Sheemore ambush, in which British troops from the Bedfordshire & Hertfordshire Regiment, based in Boyle suffered several casualties and at least one fatality.

At Selton Hill, a large force of RIC and Auxiliaires, based in Mohill and troops from the Bedfordshire & Hertfordshire Regiment surrounded and then attacked the IRA camp on 11 March. Six IRA volunteers were killed. The RIC suffered no losses. The IRA dead were Sean Connolly, Seamus Wrynne, Joseph O’Beirne (or Beirne), John Reilly, Joseph Reilly, and Capt ME Baxter.

Ernie O’Malley later claimed the volunteers’ bodies were “taken to Mohill by soldiers who shouted ‘fresh meat!’ as they were driving through the town”. O’Malley was quoted as saying “Men from the Bedfordshire Regiment were seen by a badly wounded IRA officer, Bernie Sweeney who survived, to use rifle butts on the skulls of two wounded men.”

He also stated that the location of the column was given to the local D/I of the RIC by a doctor who had been in the British Army, who received the information by a local Orangeman.

The IRA officer who survived was Bernie Sweeney, from Ballinamore, who survived by hiding in a drain, where the cold water prevented him bleeding to death. He was rescued and hidden from the Black and Tans and Auxiliaries by locals.