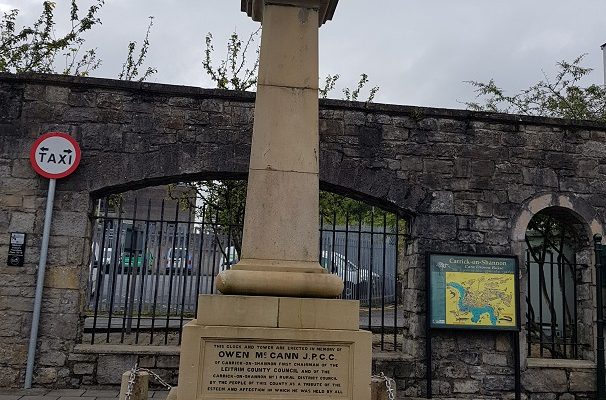 John on 9th September 2020 No Comments

The McCann Memorial Monument was erected in 1905 in memory of Owen McCann, (1851-1901) a prominent citizen of the town and first chairman of Leitrim County Council, writes Martin Branagan. 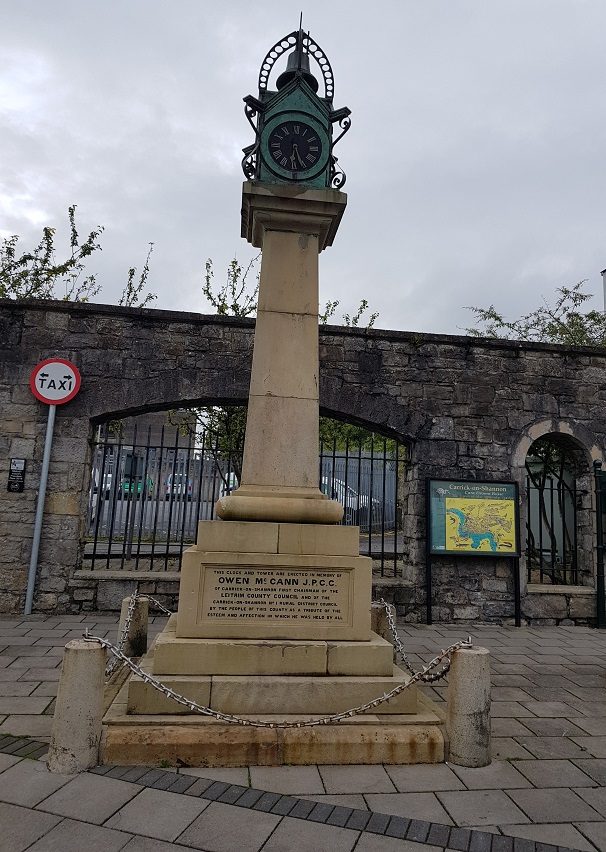 Originally the clock stood further out in the roadway and for several years the clock was removed and only the shaft of the monument remained.

Fortunately when the monument was moved to its present site, the clock was restored to working order and the monument is a fine piece of street furniture of which Carrick people are very proud. The restored stonework at the rear of the monument has enhanced Carrick’s town centre.

Near this place stood the Old Courthouse which was the scene of many historic happenings, non more dramatic nor tragic than in 1798. Following the defeat of the United Irishmen and the French Army under General Humbert by Cornwallis and Lake at Ballinamuck, the French were treated as prisoners of war, but the Irish were given no quarter.

Before leaving the site be sure our Gallery