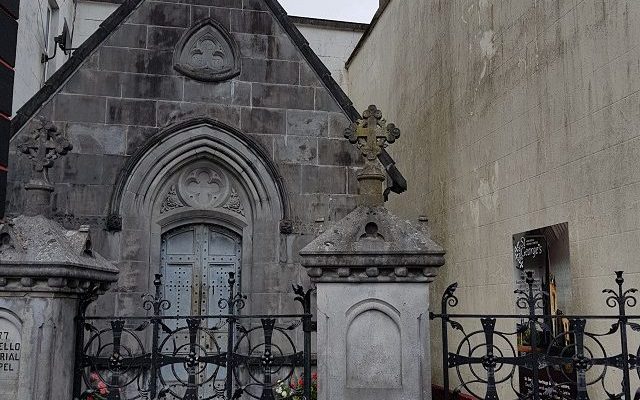 John on 7th September 2020 No Comments 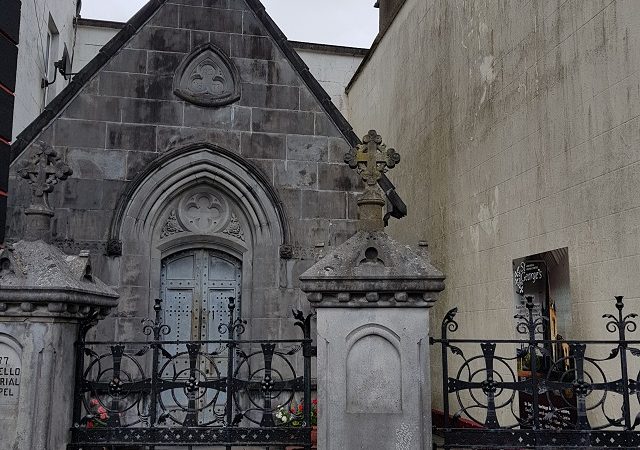 It was built in the 19th century by Edward Costello, a rich merchant, as a memorial and burial vault for his wife, Josephine who died two years previously.

It is sixteen feet long, 12 feet wide and 30 feet high. Each side of the aisle holds a coffin lined with lead and covered with slabs of thick reinforced glass. The remains of Josephine (1889) and of Edwards who died in 1891 are both interred in this beautiful memorial.