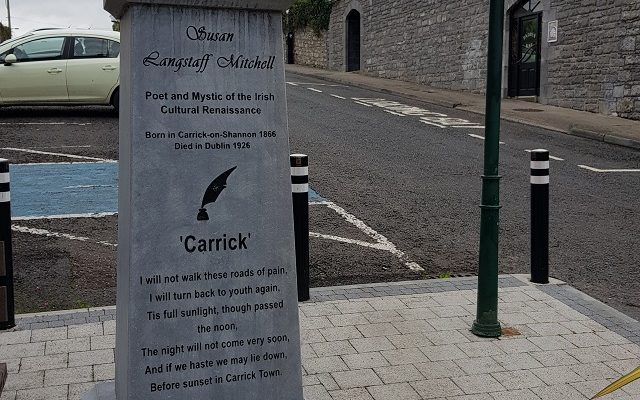 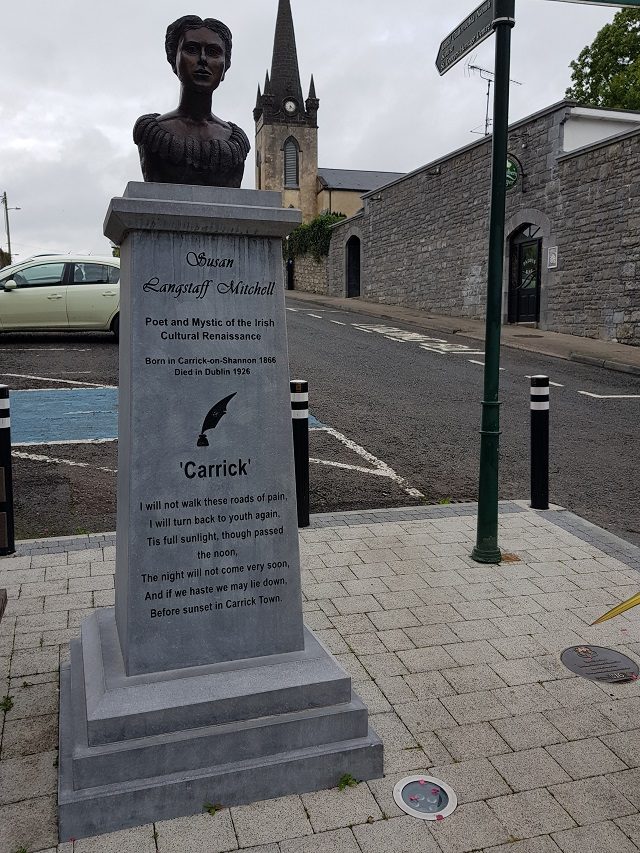 After the death of her father, the family was split up amongst extended family members. Susan was sent to her aunts in Dublin, where she was to receive an Anglo-Irish education at Miss Abbott’s school on Morehampton Road. She later bemoaned the education she received there, saying that the curriculum for young ladies was limited allowing for no creativity, and significantly, instilling no pride in their country.

Living with her three aunts on Wellington Road, next door to the literary Purser family, Susan had her first encounter with the striking figure of the artist John Butler Yeats (JBY). These meetings would prove fateful, as later Susan would become a dear friend of the older Yeats and become close to his daughter Lily especially.

In 1897, Susan joined the Yeats family in London at their home in Bedford Park, as a companion to Lily, who was recovering from her period of working for Morris & Co. Susan too was ill with tuberculosis, which was to plague her for the rest of her life. In this house she came into contact with many figureheads of Ireland’s cultural renaissance, such as Lady Gregory, Constance Markievicz, Katharine Tynan and Edward Martyn.

Susan spent eighteen months with the Yeatses, returning to Dublin in 1899, where she began to establish herself as a writer. She entered the Irish literary world as the sub-editor of The Irish Homestead, whose editor was George ‘AE’ Russell, with whom she shared a ‘lordly dream’ of Ireland. Though she began writing before she met Russell, working alongside him, his influence on her mystic verse was inevitable. The creative influence was mutual, and Susan was one of Russell’s dedications in his collection The Divine Vision (1904).

In December of 1919, Susan moved to her final home, at 77 Rathmines Road, with her sister Jinny. Susan continued to review regularly for the Freeman’s Journal, and contributed as a journalist and commentator to The Irish Statesman. By this stage she was profoundly deaf, yet she was unafraid to express her opinion on the current situation of Ireland. In 1922, as the Irish Free State came into being, though Susan’s output as a writer was small her wit was as sharp as ever, and in 1923 she composed ‘The Wail of the Pseudo-Gael’, a satire mocking the dreams of herself and fellow writers, of a cultural Ireland that was never to be.

Increasingly she found herself confined to her bed for many weeks, yet she still maintained an active social life, attending the Yeats sisters ‘very select’ social evenings, and was a regular at the Abbey theatre’s performances. In January 1926, she had an operation, from which she never fully recovered. She passed away in a nursing home on March 4th, 1926, with her sister Jinny maintaining a vigil by her side. All of literary and scholarly Dublin attended her funeral at Mount Jerome Cemetery including the Yeatses, the Pursers, Douglas Hyde.