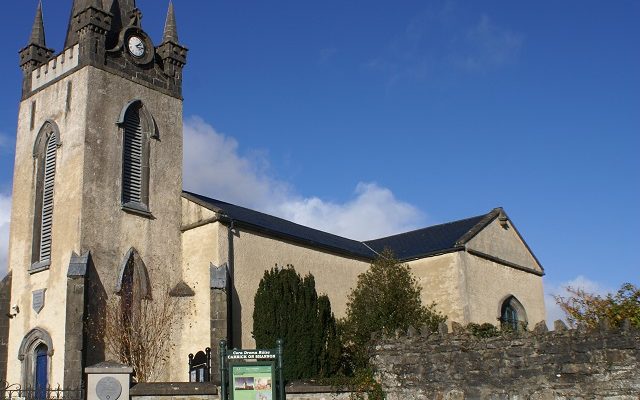 The Heritage and Visitor Centre tells a story of Leitrim, its landscape, history and the hardships faced by its people during the 1800s in an audio-visual presentation.

Next door, St. George’s Church has been a place of Church of Ireland worship for nearly 200 years. It has been fully restored, its airy interior is lit by the glowing colours of beautiful stained glass windows.

The magnificent organ inside the church was built by William Telford of Dublin in 1846 and is still in use every Sunday during the church service.

Brass plaques on the pavement lead the way from St. George’s church to the Workhouse. The Workhouse attic is an extraordinary place and is presented in its original state. It is representative of hundreds of other such spaces across Ireland in which tens of thousands were forced to live. Displays recall the role of the Workhouse during the famine era. Some 1896 famine victims were recorded as living in these small, whitewashed quarters.

The adjacent reading room houses reproduced copies of the Carrick Workhouse Board of Guardian’s Minute Books (1843 – 1850) and other evocative items of interest, including a selection of local emigration records.

A famine graveyard in the grounds is a further legacy of this poignant chapter of Irish history.