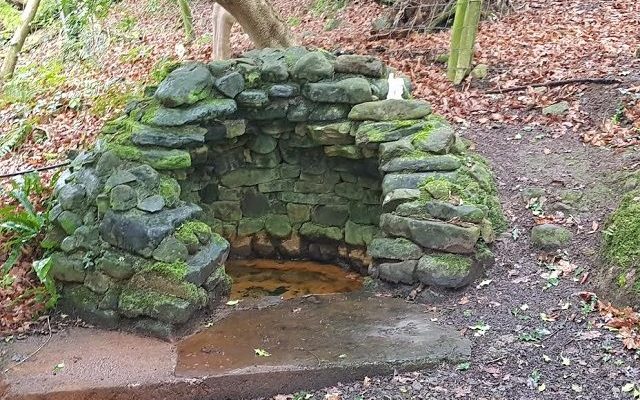 Saint Hugh’s Well (Tobar Beo Aoidh) is a holy well associated with Saint Hugh, the patron Saint of Ballinaglera. In olden times enormous crowds gathered at the holy well on March 8 to celebrate his feast day. The river which forms the boundary between Cleighranbeg and neighbouring townland, Clerhanmore, is called ‘Tobar Bheo-Aoidh River’, writes Martin Branagan. 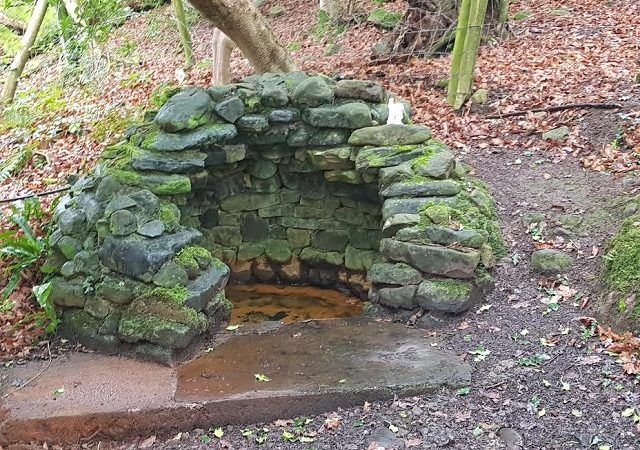 On the shores of Lough Allen lies an old graveyard in the townland of Fahy. In olden times Fahy was known as Killbeog (Cill Beo-Aoidh – the church of St. Beo Aoidh). Tradition has it that St. Hugh was buried here after his death in 524 A.D.

There are no remains of a church in Fahy but on Inch Island in Lough Allen lie the ruins of an ancient church said to have been founded by Saint Hugh.

Tradition has it that  before his death Sanit Hugh had a vision or a dream which foretold to him the place of his burial and the season it would occur. We are told that in his dream he saw the mountain covered in snow, while the green spot on the edge of the lake was destined to be his last resting place .

One other belief that contradicts this is that Saint Hugh was directed in a dream to walk towards Sliabh an Iarann and look in the direction of the lake where he would see a piece of land covered with snow. He did as directed and so the present burial place of Fahy was selected.

The Bell of  St. Beo-Aodh, which was kept in  beautiful cover of silver and adorned with gems was passed on to the parish of Ballinaglera. Its whereabouts are unknown today but it is said that many miracles were attributed to its presence.

Saint Hugh’s Sweathouse is a wonderful well-preserved example of a sweathouse.

Take the time to visit. You wont be disappointed. Cross to the sweathouse over a dainty little stone bridge.

The well housing is a simple beehive structure, made of rustic grey stones and bog. The well and sweathouse in its day would have been a spa dating over 3,000 years ago.

A high level of iron and other minerals in the water and the-cave like structure, combined with heavy iron-ore deposits in the walls would have created a natural sauna providing therapy for all sorts of ailments with the high temperatures obtained from the enclosed area.

With Sliabh an Iarrain (known as the Iron Mountain) to your back and the beautiful lake-view of Lough Allen in front of you,

St Hugh’s Sweathouse would have made a perfect location to steam the aches away.