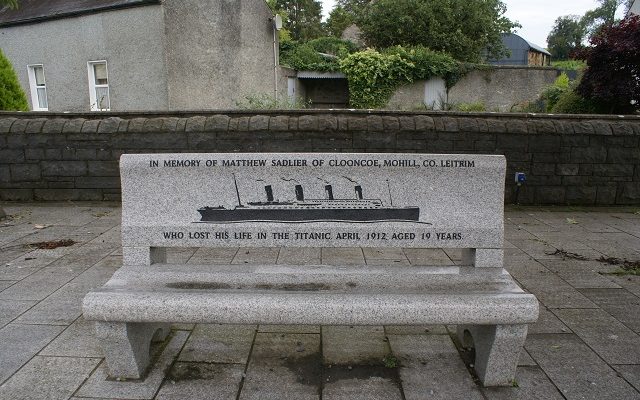 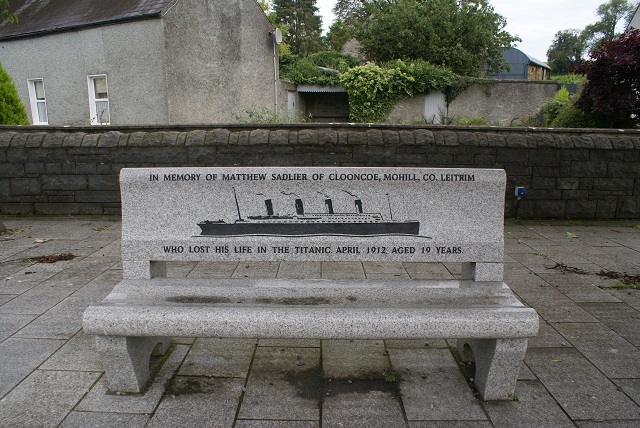 Coming from a Church of Ireland family, Matthew was one of nine children born to Matthew Sadlier (b. 1861), a labourer and later a shepherd, and Catherine Duke (b. 1852) who had married in Mohill Parrish Church on 25 February 1881.

He and his family appear on the 1901 census living at house 5 in Clooncooe, Rynn and later on the 1911 census at house 1, Clooncooe, Rynn; by the time of the latter census Matthew is described as an 18-year-old agricultural labourer. His eldest brother Thomas had married in 1904 and left Ireland the same year, settling in Lakewood, New Jersey where he worked as a gardener; sisters Fanny and Jane also made the crossing around 1907, as did brothers Harry and William; the latter was scheduled to marry later in the year.

Matthew boarded theTitanic at Queenstown as a third class passenger (ticket number 367655 which cost £7, 14s, 7d) and was travelling to Lakewood, New Jersey to his brother Thomas.

Matthew Sadlier died in the sinking and his body, if recovered, was never identified.

His mother died only a few years later when a bout of pneumonia caused her death on 15 November 1915. She was survived by her husband whose final whereabouts remain uncertain.

Out of all Matthew’s surviving siblings only Kate is believed to have remained in Ireland; it is understood she married not long after the disaster but what became of her is uncertain.

His brother William was eventually married on 18 September 1912 to Eliza Britton (b. 1888); he raised a family and died in Florida in 1962. His brother Thomas raised a family in Fairfield, Connecticut with his wife Elizabeth; he died there in 1925. His brother Harry and his wife Mary raised a family and remained in New York; he died in Dutchess in 1967. His sister Fanny married in 1921 to Walter Dye (1886-1980) and lived the rest of her life in South Orange, New Jersey; she died there in 1977. His sister Jane was married in 1916 to fellow Irishman James Johnston (b. 1887), a baker, and raised a family; she lived for a number of years in Bronx, New York before settling in South Orange, New Jersey. She died in Kenilworth, Union County in 1967.