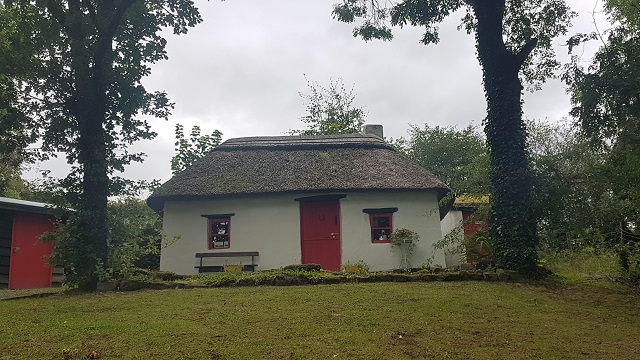 Margaret of New Orleans was a remarkable woman, who was considered by countless thousands of all creeds to have been a living saint, writes Martin Branagan

A woman of unsurpassed charity, she was a champion of the underprivileged and the destitute. She had been a washerwoman and a peddler,yet when she died she received a state funeral.

This authentic cottage was built in  2008 by volunteers from the local community of Carrigallen, in honour of Margaret Haughey (nee Gaffey) known as Margaret of New Orleans , who emigrated to America in 1818 where she went on to become an entrepreneur and philanthropist in New Orleans and helped the poor and orphans of New Orleans.

Following her death a statue was erected in her honour.