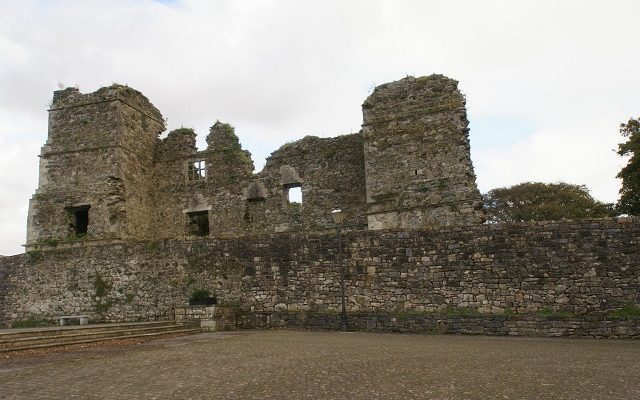 John on 9th November 2020 No Comments

Manorhamilton Castle was built between 1634 and 1638 by Sir Frederick Hamilton as his fortified house and subsequently it gave the town its name, writes Martin Branagan.

The castle is included in a group of six castles in Ireland, which feature defensive flanking towers at each corner.

The castle withstood attacks in 1641 during the Irish rebellion, but was later taken and burned by the Earl of Clanrickard in 1652 during the War of the Three Kingdoms.

A permanent exhibition is on display at Manorhamilton Castle Heritage Centre, including artifacts from the 17th century, replica period costumes, furniture, a castle model and other interesting items and information which allow you to peek through the centuries to what life was like when the castle was in use.

Manorhamilton Castle and Heritage Centre is open year-round to the general public and to organised tours.

A tour of the recently restored castle ruins and grounds can be taken, conducted by an experienced and informative guide.