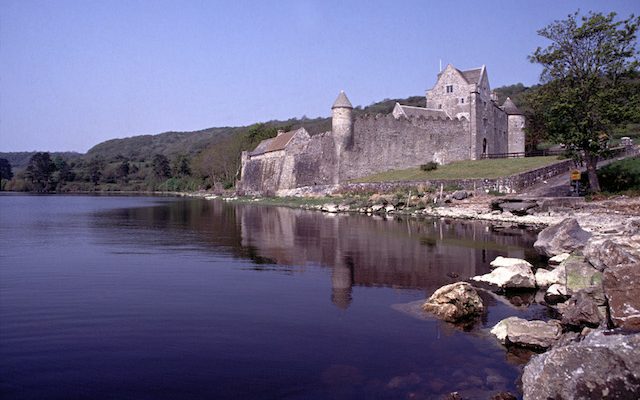 Lough Gill borders counties Leitrim and Sligo, and is 8kms long and 2kms wide.The drive from Dromahair to Parkes Castle, along the shores of Lough Gill, on the Leitrim side is wonderfully scenic, writes Martin Branagan.

The Lough Gill system consists of the river Bonet that flows into the eastern end of the lake and the River Garavogue which drains the lake to the west near Sligo Town.

The picturesque lake is surrounded by woodlands, such as Slish Wood, Dooney Rock, and Hazelwood all of which contain popular nature trails and viewing points along the lake.

The wooded hills of Slieve Killery and Slieve Daean dominate the south shore.

It is a popular location for birdwatchers

Lough Gill has a unique microclimate and is noted for its high number of rare or scarce animal and plant species. It is part of the Lough Gill SAC (Special Area of Conservation) for habitats listed on Annex I and II of the E.U. Habitats Directive, including two with priority status: alluvial forest, orchid-rich calcareous grassland.

The vegetation of the area was dominated by mixed woodland from 4,600 BC to at least 1400 AD. Scots pine was dominant until 3,400 BC. In a scientific study, Arbutus unedo pollen was found at Slish Lake dating from as early as 100 AD, and so it is considered native to this area.