James Gralton was born in Effrinagh, Co. Leitrim in 1886. In 1907 he emigrated to the United States, where he became involved in the Labour movement.

He returned to Ireland in 1921 and organised the building of the Pearse-Connolly Hall, which became a very popular centre for both social enjoyment and political study.

In 1932 he came back to Ireland to assist with the small family farm and joined the Revolutionary Workers Groups (forerunner of the Communist Party of Ireland) and re-opened the Pearse-Connolly Hall.

Again it became a venue for meetings and dances but an anti-communist and puritanical witch hunt led to the Hall being burned in an arson attack on Christmas Eve 1932.

In February 1933 the deValera government ordered Gralton to be deported as an “undesirable alien”. Gralton went on the run.

He was eventually captured and deported to the United States in August 1933, the only Irish person ever deported from their own country.

Back in New York, Gralton again became involved in the Irish Workers Clubs, raised funds for the International Brigades in Spain and reprinted Connolly’s pamphlets.

He was an active member of the Communist Party in the United States until his death in 1945. 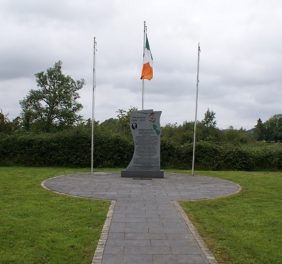