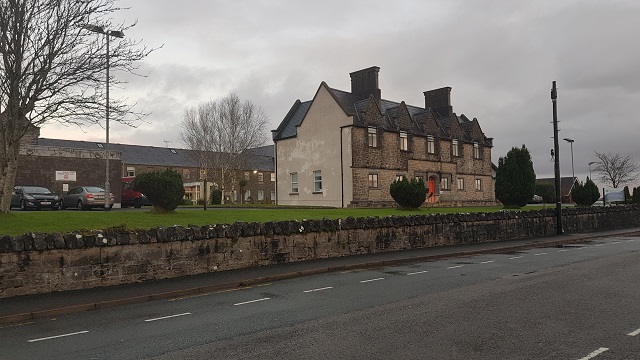 Just a short walk from the centre of town up Summerhill, formerly known as Gallows Hill is the former Workhouse now known as St Patricks Community Hospital, writes Martin Branagan.

The building was built originally to house 700 inmates but did not enjoy a happy history with diseases such as Typhus and Dysentery claiming the lives of 12 inmates per week.

It was one of the worst examples of its kind in the country. Inmates lived in appalling conditions, lacking food, clothing and with only straw for bedding whilst also enduring very poor sanitary conditions.

The building was used as a home for the destitute until the 1930’s from whence it became St Patricks Community hospital and still to this day provides geriatric services.

The Carrick on Shannon Workhouse Attic Memorial, which is part of the St George’s Heritage and Visitor Centre was created in one of the hospital attics in 1997 by Carrick on Shannon Historical Society and is located adjacent to the famine graveyard.

It is a wonderful way to gain some insight into the conditions endured by the poorest of our society in what was perhaps the worst tragedy ever to befall our little island.