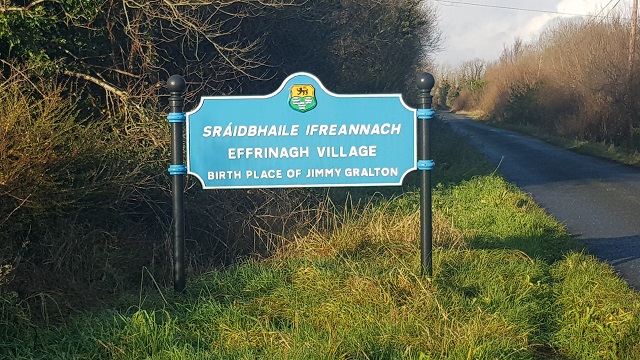 Effrinagh is a small village about five miles east of Carrick on Shannon, and isdotted with lakes and traversed by boreens, writes Martin Branagan.

James Gralton came from Effrinagh, where he built his Pearse-Connolly Hall before he was deported to New York City.

He joined the British army as a young man but, refusing to serve in India, deserted. He worked on the Liverpool docks and in the Welsh coalfields, then took a job as a ship’s stoker and in 1909 settled in New York, where he worked at a variety of jobs.

He returned to Ireland briefly in 1922. The parish hall in his home town was burnt down by the British army as a reprisal for the shooting of an officer, and Gralton organised the building of a new one, called the Pearse-Connolly Hall. It was later taken over by the Free State army. 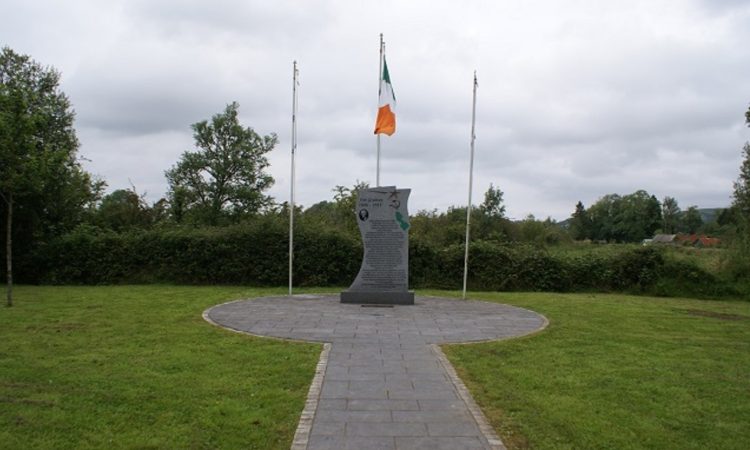 During the Civil War he returned to New York, but in 1932 he again returned to Ireland, hoping that the advent of a Fianna Fáil government would allow for the development of progressive politics. He joined the Revolutionary Workers’ Group (forerunner of the CPI) and reopened the Pearse-Connolly Hall, which became the venue for meetings as well as dances; but a combined anti-communist and puritanical witch hunt, in which the parish priest called for the closing of the hall as a “den of iniquity,” resulted in shots being fired into the hall and an unsuccessful attempt at blowing it up (allegedly by local members of the IRA), and on Christmas Eve, 1932, it was again burnt to the ground.

Under pressure from the Catholic Church, in February 1933 the de Valera government ordered Gralton to be deported as an “undesirable alien,” but instead of complying he went on the run. The Revolutionary Workers’ Group organised a defence campaign, but its meetings were attacked by reactionaries, and Gralton was eventually deported in August 1933—the only Irish person ever deported from their own country.

Back in New York, Gralton became a trade union organiser and member of the Irish Workers’ Club. He reprinted James Connolly’s pamphlets, raised funds for the International Brigades in Spain, and for the remainder of his life was an active member of the Communist Party of the USA.