Eagle’s Rock is the highest free-standing natural rock tower on the island of Ireland,  at 330 metres tall, writes Martin Branagan. 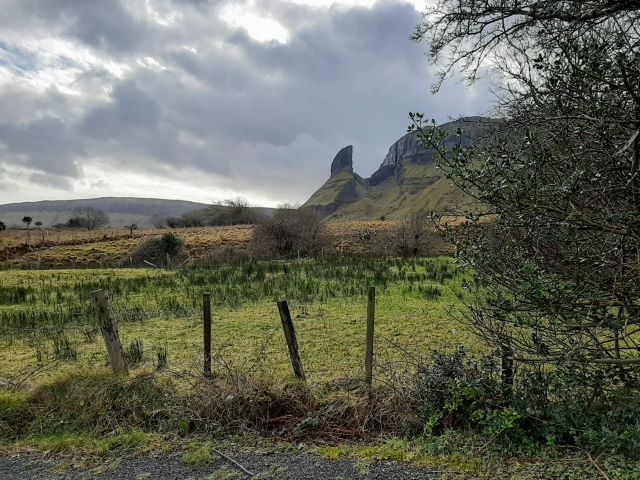 Situated in the Dartry Mountains in North Leitrim, the limestone that makes up Eagle’s Rock and the the entire hilltop at this level is home to a number of virtually inaccessible caves.

Limestone dissolves readily in even weakly acidic water such as rain, causing voids to form both above and below ground. One cave in particular is very well known from this, Poll na mBear. This was the location of the discovery of the bones of a number of brown bears and their cubs.

These have been dated to 2000BC and have proved that when man first arrived in Ireland around 8000BC they would have shared their landscapes with brown bears.