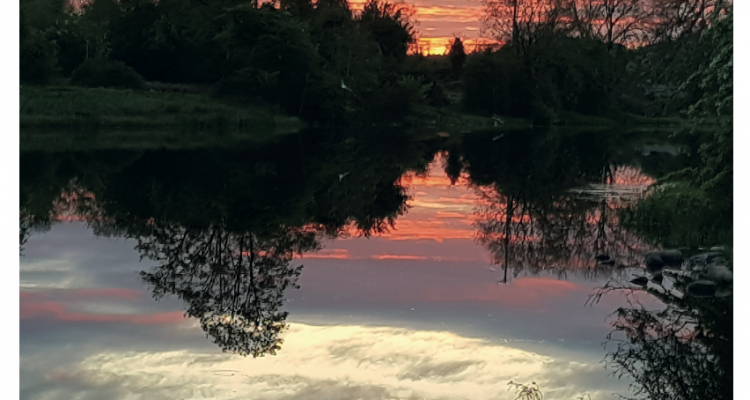 Drumsna, when translated from  Gaelic means “the ridge of the swimming place”. The village is situated 6 kms east of Carrick-on-Shannon on the River Shannon and is located off the N4 National primary route which links Dublin and Sligo. The harbour dates to 1817 and was a hive of commercial waterway activity until the more northern navigation canal to Carrick-on-Shannon was opened in 1850. Today, the waterway is busy with anglers and tourist pursuits in the summer months but at a much more leisurely pace, writes Martin Branagan. 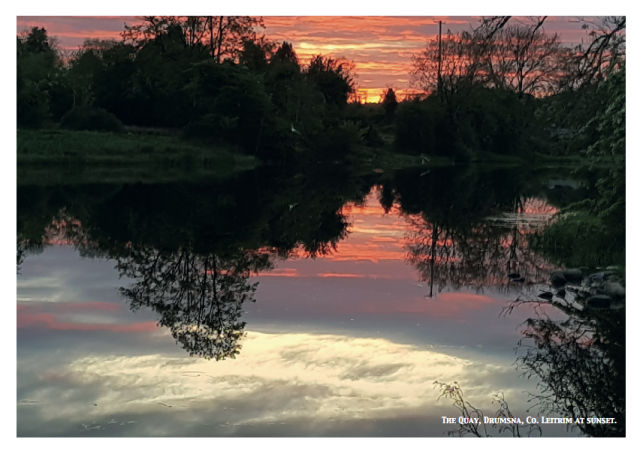 The oldest known name for Drumsna is “Snamh-Rathainn” and appears in the Irish Annals at 1148AD.

It is mentioned again at 1261AD when the “fortress” of Hugh O’Conor, king of Connacht, at Snamh-in-redaigh was burned.

John O’Donovan authoritatively states its “probably Drumsna, on the Shannon, on the borders of Leitrim and Roscommon”.

In the late 19th century, Drumsna was the main trading town in Leitrim with its own jail and courthouse. It was the resting place for horse-drawn carriages and the harbour was a thriving delivery port.

In 1850, the construction of the Jamestown Canal led to a change of the Shannon navigation,

which altered the status of Drumsna.

There was a Chalybeate Spa near the village in the 19th century. In 1925, Drumsna village comprised 35 houses, 5 being licensed to sell alcohol.

Ashfort House, near Drumsna, was originally the home of the Caulfield family. It was purchased by the Waldrons of Cartron in 1744.

It was here in January 1848 that Hubert Kelly Waldron JP was murdered in a non-political incident when the local coroner attempted to serve him with a writ.

The writer Anthony Trollope (24 April 1815 – 6 December 1882), lived in the village for a period during the 1840s, where he wrote The Macdermots of Ballycloran.

Trollope was remembered in the village with the launch of the Historic Trollope Trail by President Mary McAleese in September 2008.

Robert Strawbridge (1732–1781), one of the pioneers of Methodism in the United States, was born in Gortconnellan, Drumsna. The Wesleyan historical society erected a memorial to Robert Strawbride in Drumsna in 1992.

Until 1996 the main N4 Dublin to Sligo road passed through the village which was then bypassed.