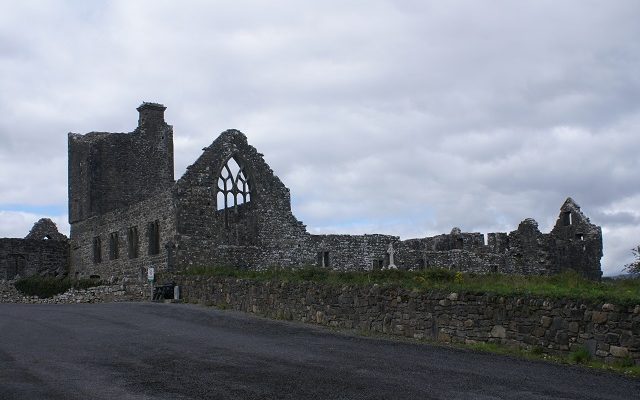 Creevelea Abbey is a Franciscan Friary founded by Margaret O’Brian and Owen O’ Rourke, Lord of Breifne, in 1508. It was in use until the 17th century when the Franciscans were forced to leave by the Cromwellian army during the reign of Henry VIII, writes Martin Branagan.

This monastery of the Franciscan third order, was one of the last abbeys founded in Ireland before King Henry VIII dissolved all the monasteries throughout Ireland and England.
The remains of this extensive friary consist of the church, the cloister and domestic buildings. The tower, which stands above the church, was converted for use as living quarters in the 17th century, though it would originally have served as a bell-tower. At one point in its history the church was covered with a thatched roof. There is also a cloister that features interesting stone carvings, including one of Saint Francis of Assisi preaching to birds.

The nave, choir, tower and transept are well preserved and it is now protected as a national monument.

Before leaving the site be sure to visit our our Gallery.