The custom of decorating the Christmas Tree was developed in medieval Livonia (present-day Estonia and Latvia), and in early modern Germany, where German Protestant Christians brought decorated trees into their homes. 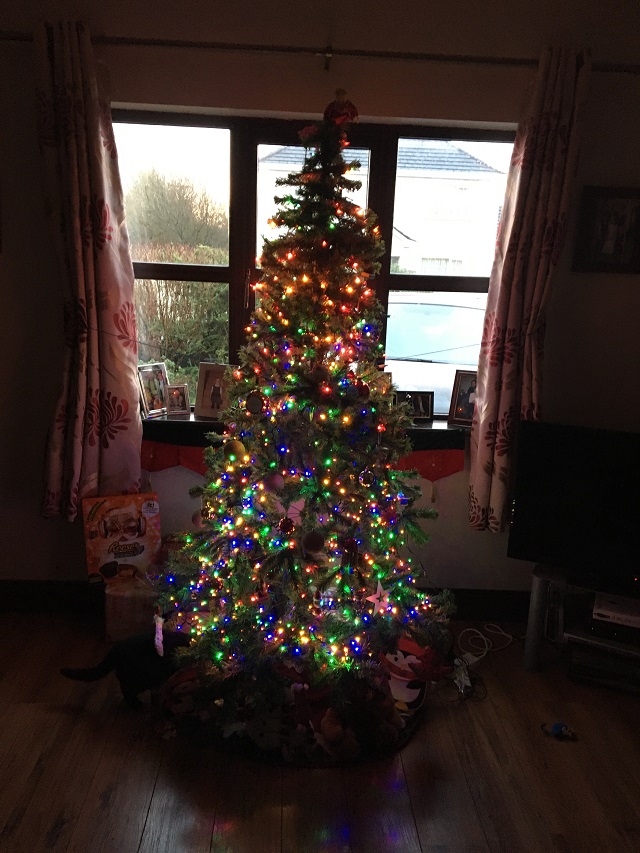 The tree was traditionally decorated with “roses made of colored paper, apples, wafers, tinsel, and sweetmeats.

Moravian Christians began to illuminate Christmas trees with candles,which were ultimately replaced by Christmas lights after the advent of electrification.

Today, there is a wide variety of traditional and modern ornaments, such as garlands, baubles, tinsel, and candy canes.

An angel or star might be placed at the top of the tree to represent the Angel Gabriel or the Star of Bethlehem, respectively, from the Nativity.

Edible items such as gingerbread, chocolate, and other sweets are also popular and are tied to or hung from the tree’s branches with ribbons.

The Catholic Church had long resisted this custom of the Lutheran Church and the Christmas Tree stood for the first time in the Vatican in 1982.

In the Western Christian tradition, Christmas trees are variously erected on days such as the first day of Advent or even as late as Christmas Eve depending on the country customs of the same faith hold that the two traditional days when Christmas decorations, such as the Christmas tree, are removed are Twelfth Night and, if they are not taken down on that day, Candlemas, the latter of which ends the Christmas-Epiphany season in some denominations.