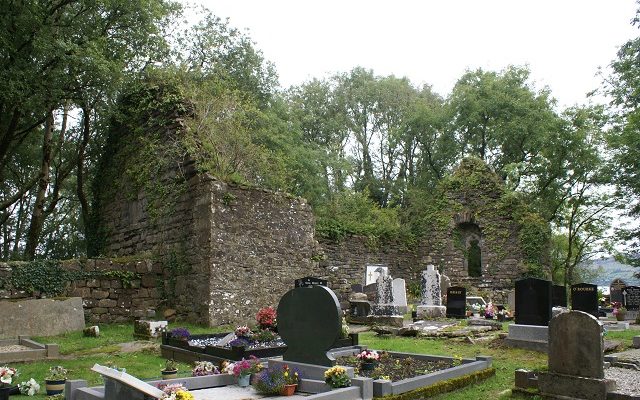 The Abbey is situated on the western shores of Lough Allen, in the parish of Inishmagrath,the site consists of the ruins of an old church and it’s adjoining cemetery, writes Martin Branagan.

Very little is known about the origins of the abbey, which was dedicated to St Patrick, but it seems to have been a Franciscan settlement, closely linked to the Abbey of Kilronan, about six miles away.

The 1835 church was not the first St Patrick’s Chapel in the area.  A church named after St Patrick was built in medieval times on the shore of Lough Allen in the nearby townland of Curraghs.

Substantial ruins of this church have survived and the adjoining cemetery is still in use.